CLAIRTON, Pa. (AP) — It’s only natural that Pittsburgh-area steelworkers would want to watch the Pittsburgh Steelers in Sunday’s Super Bowl.

But a U.S. Steel memo says workers in the Clairton, Irvin and Edgar Thomson mills who miss work Sunday or Monday “without just cause” will face “severe disciplinary action.”

The United Steelworkers union has criticized the memo. A U.S. Steel spokeswoman tells the Pittsburgh Post-Gazette that the company doesn’t comment on employee relations.

The newspaper says USW International vice president Tom Conway responded to the memo with an e-mail — in black-and-gold type, the Steelers’ colors — that suggested adjusting schedules so volunteers who don’t want to watch the game can work during it. Conway suggested lost production during Sunday’s 3 p.m. to 11 p.m. shift could be made up later. 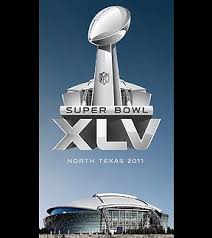